JIMMIE JOHNSON TALKS ABOUT HIS BUSY WEEKEND OFF: “My family has been in Europe for July. I took them over after the Kentucky race and came home to race two more times and get some work done. I left immediately following the race at New Hampshire and flew back over and spent our off weekend over there. It was exciting to see and explore. At the same time, my mother-in-law, my wife, my daughter and then some other families, friends that we know in North Carolina, they took their families over, so kids and wives have been all over Europe having a great time. I’m very happy that my wife and daughter have been able to explore and experience that. I was just eager to see them since it had been two weeks, and I couldn’t wait to get over there and see them both.”

JOHNSON ON HIS FAVORITE INDY TRADITION: “Well, there are two things. Kissing the bricks is a big one, which is so cool. When I was up at Indy the other day, the first thing I did was run out on the frontstretch and take a look at the bricks and hopefully picked my spot where I will be after the race. Another neat thing that takes place when you win is they put the driver in a Corvette and take you around the speedway, waving to the fans. And they have a microphone there so you can talk to everyone, which is cool. I’ve over the years had my crew guys pile on the car. We have a really neat photo of me, (wife) Chani, Mr. Hendrick and I think 10 or 11 other crew members just laying on top of this Corvette taking the victory lap around the track, which is really cool.”

DALE EARNHARDT JR ON INDY: “Everyone wants to win at Indianapolis. Everyone wants to go through the process they have at post-race, the celebration and the unique thing that they do. I’ve read about the history and read about how it has survived two world wars and how it was basically the proving grounds for the automobile back in the turn of the century. I would love to be able to say I’ve won a race there. It’s at the top of the list. It battles with tracks like Daytona (Fla.).”

EARNHARDT JR CHASSIS CHOICE: Crew chief Steve Letarte and the No. 88 team will unload Hendrick Motorsports Chassis No. 88-734, which is a brand new chassis.

KASEY KAHNE CHASSIS CHOICE: Crew chief Kenny Francis has selected Hendrick Motorsports Chassis No. 5-739. This is a new car that has not been raced.

JEFF GORDON ON INDY: “I want to bring that trophy (home) and watch [son Leo and daughter Ella] fight over it. These days, Leo’s been starting some fights, so I’m curious to see who would win and for that trophy to be a fifth Brickyard trophy? That’d be a good day.

“Growing up here and going to the track numerous times as a kid, there is just something special about each trip here, but that special feeling changes quickly when I get out on the track because this place is so challenging. The four corners look the same, but each is unique with different transitions and bumps. As a driver, factoring that in with the few little dips, the way the wind is blowing, the radius and everything else can give you an advantage. But the car has to be good, as well. We’ve had the best car or one of the best cars in each of the races we’ve won here.

“We ran well here last year. A lot has changed since we were here last, but I’m hoping we can take what we’ve learned in that time and be even faster, even better this year.”

RYAN NEWMAN CHASSIS CHOICE: Chassis No. 39-733 is a brand new chassis for the No. 39 Quicken Loans team. The chassis has been wind-tunnel tested twice in preparation for Sunday’s Brickyard 400 at Indianapolis Motor Speedway.

TONY STEWART ON INDY: “It’s a place that is a momentum-driven track. You don’t just have two ends to the race track and two big 180-degree corners. You’ve got four 90-degree corners to negotiate. If you have one bad corner at Indy and if your car’s not right, you’re going to be bad in four corners versus two corners a lap. And with it being two-and-a-half miles, you carry so much speed, if you lose momentum at that track, it just seems like it’s really a big penalty.”

STEWART CHASSIS CHOICE: Chassis No. 14-735: This is a brand-new race car that has never turned a wheel on the racetrack, but it has been wind-tunnel tested numerous times.

KURT BUSCH CHASSIS CHOICE: Sunday’s Brickyard 400 will be the first race of the 2012 season for Chassis No. 676. This car is a new chassis for Phoenix Racing. Prior to becoming part of the Phoenix Racing fleet of cars, this chassis was used by the No. 88 Hendrick Motorsports team.

JAMIE McMURRAY ON INDY: “Indianapolis is such a special place to race. I remember going there my first time and being in awe of the place, just to appreciate the history of this track. 2010 was obviously a special year for our team and to go out and win the Brickyard 400 is something that I will never forget. We tried to gamble on fuel mileage last year and led some laps in the closing stages of the race, but just didn’t have the car to race hard at the end with our fuel strategy. Our Bass Pro Shops team has put a lot of effort toward this race and would love to be able to get things on track with a strong finish again this weekend. This will be a busy weekend for us. We have the Chevy Day at the Brickyard on Thursday, which is always a lot of fun, and then we will run the inaugural Grand-Am race at Indy on Friday, before getting into the Sprint Cup Series activity on Saturday and Sunday.“

JUAN PABLO MONTOYA CHASSIS CHOICE: Crew Chief Chris “Shine” Heroy and the No. 42 Target team will return to Indianapolis with chassis #1107. This chassis has two races of experience, the October, 2011 Kansas race and last year at Indianapolis, finishing 23rd and 28th,respectively.

KEVIN HARVICK ON WHY HE'S HAD SUCH GOOD SUCCESS AT INDY: “I don’t know, but it’s a good track to have fit you though. It’s been a very good race track for us over the years, for whatever reason it seems like we always run well there. Hopefully we can do the same thing this year because it’s fun a fun race to win. To experience that back in 2003 was pretty cool, and hopefully we can experience that again this year.”

HARVICK CHASSIS CHOICE: Kevin Harvick will pilot Chassis No. 371 from the Richard Childress Racing NASCAR Sprint Cup Series stable in this weekend’s Brickyard 400. This former No. 33 racer was transformed to a No. 29 entry during the off-season and will run its first competitive laps this weekend at Indianapolis Motor Speedway.

PAUL MENARD ON RETURNING TO THE SITE OF HIS ONLY CAREER WIN: “Obviously, you’re going to have a little more bounce to your step. Not just me, but the entire No. 27 NIBCO/Menards team will. You get to see the billboards hanging up. I’ve heard there’s a big picture on the Pagoda. Stuff like that is going to be neat, but I have gone through that tunnel between turns one and two for years and I always get goose bumps. That’s never going to change.”

MENARD CHASSIS CHOICE: Paul Menard will pilot Chassis No. 380 from the Richard Childress Racing NASCAR Sprint Cup Series stable. This No. 27 Chevrolet was built new for the 2012 season and will be utilized in competition for the first time at the famed Indianapolis Motor Speedway.

GREG BIFFLE ON INDY: “Indy is a fast, flat racetrack and it’s very important to be able to get into the corners well there. Having the Ford power under the hoodwill help us get down the straightaways which is also crucial for a fast lap at Indy. We’ve run well there in the past and I have high expectations for this weekend.”

CARL EDWARDS ON INDY: “A win at Indianapolis would be huge. All you have to do is go back and watch the victory lane celebrations of the guys who have won there and it’s obvious how important this win is to everyone. Our team is working very hard to put our best effort into this race. We’ve got a brand new car, and Chad and the guys have been working very hard to make sure we run well, qualify well and have a good strategy. These last seven races are as important as any seven races we’ve ever run so we’re giving it our best and hopefully we’ll kiss those bricks.”

EDWARDS CHASSIS CHOICE: The No. 99 Fastenal team will be bringing chassis RK-820 to Indy. This is a new FordFusion.

MATT KENSETH ON INDY: “I really feel like Indy is the second biggest race of the year and everyone wants to have the chance to be able to win that race, win the trophy, and kiss the bricks there. Indy is one of the most unique tracks that we visit on the circuit. With our time on track there being so limited without any testing and just a few practices, you really just unload and try to get up to speed on things as soon as you can to tune in your car.”

ARIC ALMIROLA CHASSIS CHOICE: The team has prepared chassis No. 783 for the Indianapolis race. The No. 43 team has previously raced thiscar at Kentucky; Charlotte, where Almirola won the pole; Texas; and Las Vegas.

MARCOS AMBROSE CHASSIS CHOICE: The No. 9 RPM team has prepared chassis No. 805 for this weekend’s NASCAR Sprint Cup Series race at Indy. This DEWALT Ford was run previously this season at Phoenix, Richmond and Pocono.

MARK MARTIN CHASSIS CHOICE: CHASSIS NO. 726 – finished 12th at Fontana and 20th at Darlington with Martin behind the wheel. Backup – 732 finished 34th at Charlotte.

SAM HORNISH JR CHASSIS CHOICE: Sam and his Todd Gordon-led Penske Racing #22 Team will be racing their "PRS-829" Shell-Pennzoil Dodge Charger this weekend at Indianapolis Motor Speedway. This is a new chassis in the "Double-Deuce" team's fleet of Dodge Chargers. The "PRS-819" chassis will serve as the backup Shell-Pennzoil Dodge for this weekend. This was the car that AJ Allmendinger drove to a second-place finish in the April Martinsville race.

BRAD KESELOWSKI CHASSIS CHOICE: and the #2 Miller Lite Dodge Charger team will race chassis PRS-830 during Sunday's Crown Royal presents the Curtiss Shaver 400 at the Brickyard at Indianapolis Motor Speedway (IMS). This is a brand-new chassis to the #2 fleet. The featured tag line on the rear bumper of the #2 Miller Lite Dodge this weekend in Indianapolis is "Cheers 2 Kissing Bricks." Kissing the yard of bricks that represents the start/finish line at IMS after winning at Indianapolis has become one of the most honored traditions in motorsports.

- FROM TEAM PRESS RELEASES
Posted by Fireballr7 at 2:47 PM 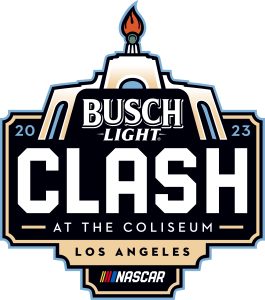 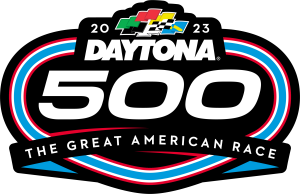